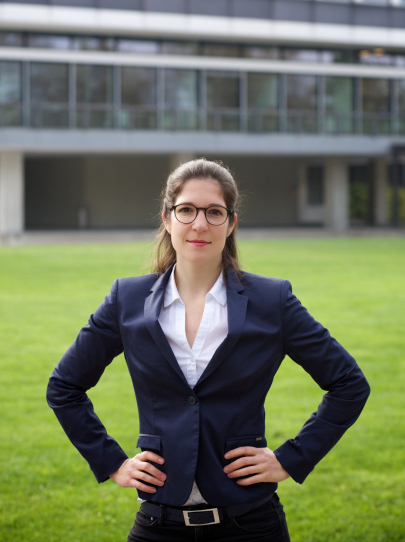 My aim is to understand glycosyltransferases and glycan-modifying enzymes on a molecular level by combining structural biology approaches with in vitro and in vivo functional analyses. After carrying out a PhD (2013-2016) in the group of Michael Hothorn, first at the Max Planck Institute in Tübingen (Germany) and then at University of Geneva (Switzerland), I joined the group of Kaspar Locher at ETH Zürich (Switzerland) as a postdoctoral fellow to study the yeast oligosaccharyltransferase complex using cryo-electron microscopy. In 2019, I was recruited by the CNRS as Chargé de Recherche de Classe Normale and in the following year I obtained the ATIP-Avenir grant. Thanks to the ATIP-Avenir program, I am now leading a small team focusing on the characterization of the heparan sulfate biosynthesis machinery in the SAGAG group at the Institut de Biologie Structurale in Grenoble.

Heparan sulfate (HS) is a structurally complex glycosaminoglycan (GAG) that is covalently linked to the serine residue of a variety of proteins found on the cell surface. It exerts its activity by interacting with a large array of growth factors, cytokines, signaling receptors and matrix components. Malfunction of HS biosynthesis has been linked to Alzheimer’s disease, acute and chronic inflammation, tumorigenesis and diabetes. Biosynthesis of GAGs, including HS, takes place in the Golgi apparatus and depends on the fine-tuned interplay of more than a dozen different enzymes. There is emerging evidence that enzymes involved in GAG biosynthesis assemble into a large protein complex also called ‘GAGosome’. Despite the important role of HS in many biological processes, the structure and catalytic mechanism of the HS biosynthesis machinery remains poorly understood.

I propose to combine structural biology approaches and in vitro activity assays to gain valuable insights into the reaction mechanisms catalyzed by the GAGosome. Understanding this key enzyme complex will set the stage for future development of structure-based drugs. In addition, the in vitro glycosyl- and sulfotransferase activities of the purified enzymes can be exploited to synthesize novel and defined short GAG analogs for structural and biochemical studies of GAG-binding proteins.