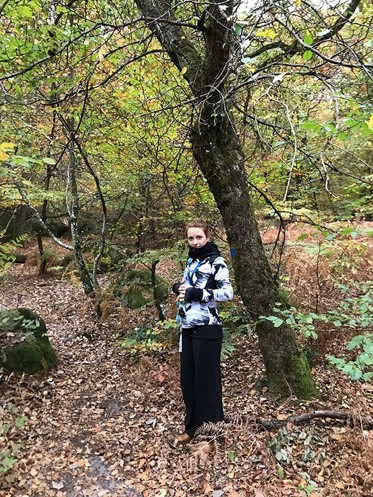 On the adaptive genomics of plant-pest interactions: insights from aphid pests in the context of their apple host domestication
,

My research has also focused on the study of plant biotic interactions. In this regard, I studied fig-wasp mutualism during my Master thesis, and I am now focusing on two plant-parasite systems, the anther-smut fungus castrating Caryophyllaceae (second postdoc at ETH Zürich, Switzerland, 2015-2017), and aphids parasitizing apples. Since February 2017, the latter model system is my main research focus as a recently hired young CNRS principal investigator.

In 2019, I obtained a ATIP-Avenir CNRS-Inserm grant to build my team to work on the adaptive genomics of apple-aphid interactions in the context of domestication. This project aims at understanding the impact of apple domestication on the adaptation of a major apple aphid pest Dysaphis plantaginea (the rosy apple aphid) to its cultivated apple host (Malus domestica). Recently, I have also started to focus on the aphid-endosymbiotic bacteria interaction. I am also building an orchard of wild apples at Univ. Paris Saclay for scientific, mediation and conservation purposes [link to the IDEEV website SOON!].

Experimental genomics of local adaptation in plant-pest interactions: insights from the cultivated apple and its aphid pests

Understanding the extent of local adaptation in natural populations and the mechanisms enabling individuals to adapt to their native environment is a major avenue in molecular ecology research. Host-pathogen coevolution is widely seen as a major driver of local adaptation and has therefore been a study model to dissect the evolutionary processes at work during local adaptation. However, to date, the genomic regions and molecules underlying local adaptation in host-parasite interactions are still unknown. Likewise, the relative contributions of species interactions (i.e. biotic factor) and abiotic factors to local adaptation are still unclear. Addressing these issues is more than a simple academic exercise. Understanding of local adaptation processes in host-parasite interactions will also help tackling pressing issues, such as the ways in which environmental change alters the emergence of pathogens leading to host extinctions, how to promote sustainability of agroecosystems in the face of emerging crop diseases or in guiding for public health practices as more human pathogens and their vectors expand their ranges. In my three-year ATIP-Avenir project, I therefore play to rectify the situation and pave the way for my long-term project. I will focus on the genomic and molecular bases of local adaptation in coevolving aphids and apples during recent environmental changes (i.e. domestication). I will use an innovative and integrative combination of modeling, genomic data, functional analyses and experimental manipulation across environments to achieve this goal. In particular, I propose to investigate whether local adaptation occurred during the recent rapid colonization of cultivated apple by Dysaphis plantaginea, the major aphid pest of cultivated apple orchards, in Europe. I will characterize the evolutionary history of D. plantaginea, carry out experimental tests for D. plantaginea fitness differences across environments, and investigate signals of genomic and molecular population divergences across a latitudinal gradient in Europe. This ambitious project will generate original results adding to our understanding of how species interactions and abiotic conditions can shape genomic architecture, ultimately leading to local adaptation. I will also highlight new questions and approaches that will enable me to present the apple tree and its coevolving aphid to the international research community as a unique model system, with a recent history of coevolution triggered by humans, together with the fundamental and applied consequences of the findings.